Somehow this month has been an amazing time for me as a knitwear designer. I am feeling like a real knitwear designer with work published by several third parties. See the list and pictures at the end of this blog post.

First let's start with a little bit of history. 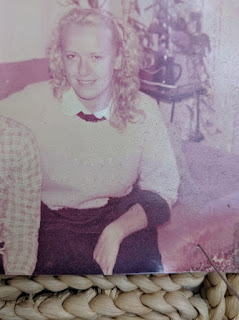 This is my first finished knitting project that I remember. I recall that I did a lot of crochet projects prior to this sweater, but this is my first for so many things. I remember the trip to formal East Germany, a town now called Chemnitz. At that time it was named Karl-Marx-Stadt. We went to a Department Store and I picked up the yarn for this sweater and another sweater. I created the pattern, though I didn't know that it was a pattern that I created. I just draw a picture and calculated the number of stitches and rows based on a small swatch that I knitted. I also remember that I did not know how to cast on. My mom helped me by casting on the stitches. I knitted the sweater in four pieces, in three colors using an intarsia technique. At that time I did not know that you need to wrap the yarn around each other. This actually created a small holes around the V shape where the yarn was changing. These small holes were not on the sleeves. By then I learned that the yarn has to be wrapped around each other. When I was wearing the sweater people were asking me how did I created the pattern of holes perfectly placed along the color change on front and back of the sweater. My grandmother helped me to sew the finished pieces and knitted the crew neck edge around the neck opening. I loved that sweater and was wearing it a lot. I do not have it anymore. I do not know what have happened to the sweater. We might have unravel it to use the yarn again. This is how my love for knitting started.

After years of knitting, in 2011 I tiptoed into a knitting pattern writing.

My first published knitting pattern was for the Apples in May 2011. The link to this free pattern is here: 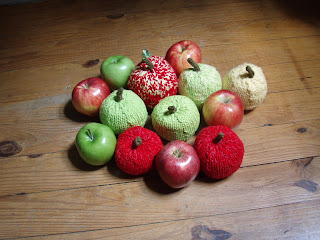 My first knitting pattern published by a third party was for Snowballs, in January 2012. The pattern was originally published by Petite Purls, In Issue 11, Winter. It is available as a free pattern. Link here: 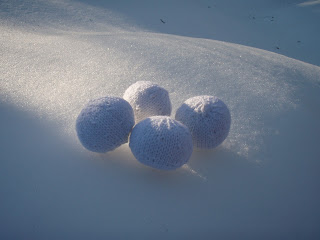 And so it continued for the past nine years. Creating, sketching, knitting samples, making notes, writing patterns, editing, sending out my ideas to submission calls and more of knitting, creating, editing, and writing. As of today I have either independently or through a third parties published 279 patterns.

This month eight of my knitting patterns were published.

Independent work is Meg and School of Fish 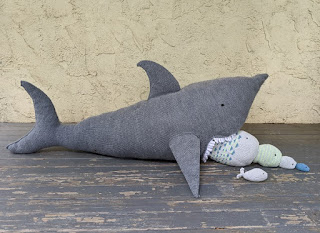 In October Issue of I Like Knitting Magazine are: 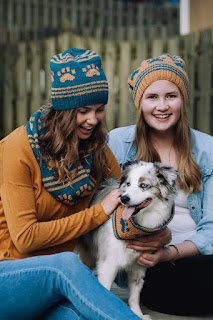 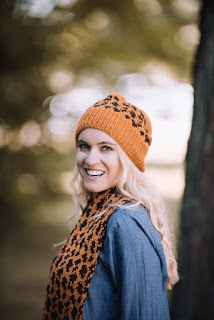 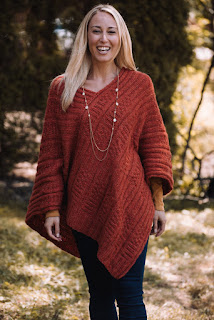 Brunelli Wrap was published in October Issue of Knotions Magazine. 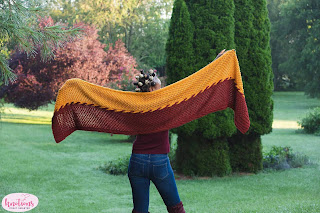 Misty Cowl was published by Knitpicks in the new textured collection titled Pathways. 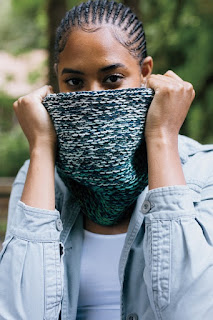 Cuddly Cat Pillow is the last pattern that was published by Interweave Knits in their Gifts 2020 Issue magazine. 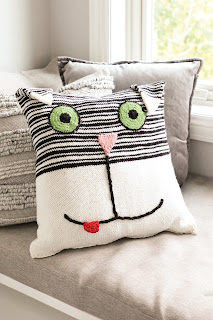 I hope to continue with creating more knitting patterns in the future for some time. 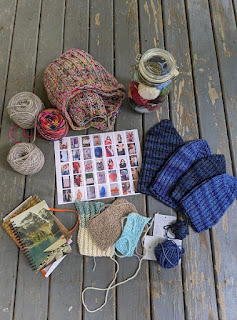 As for the rest of this year, I have an e-book project, that I started to work on last winter and slowly it started to take shape over the months of pandemic and staying home. This collection of small knitting projects will be released over the next three months. These small projects are all using small amount of yarn that I had home from a various previous knitting projects. They are all a fantastic, funky, fast and instant gratification giftable items for almost everyone.

More on this project is coming up over the next three months. Just to give you a little sneak preview... if you look closely into my knitting bag in this picture, few of those critters are peaking out. 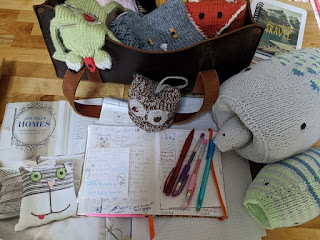 Thank you for reading and for visiting.